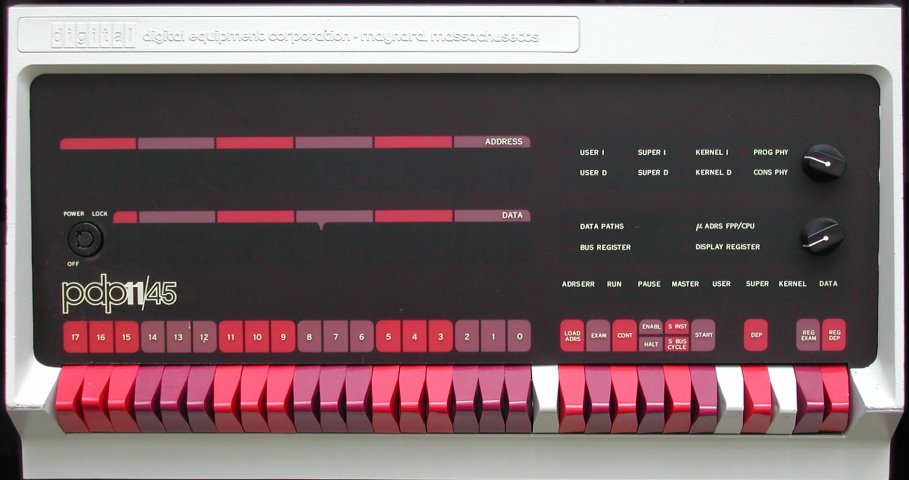 The first five years of my professional career were spent programming PDP-11s, mostly in assembler. This turned out to be a good thing: not only because I learned a lot about how machines work, but also because I was lucky enough to do it on a PDP.

The PDP architecture is a marvel of orthogonal design. The instruction set separates what you want to do (the opcode) from what you want to do it to (the source and destination operands). The source and destination can use eight different addressing modes to reference registers, things pointed to by registers, things pointed to by those things, all with auto increment and decrement. It even sets status flags (is the result zero, or negative, and so on) totally consistently.

So when I signed up to teach Programming Languages at SMU this fall, I decided that there’s no better place to start. If you want to get a more intuitive feel for what your high level languages are doing under the covers, code some assembler.

Jeff Parsons has spent many years working on the PCJS Project, which brings emulations of classic machines into the browser. He started with basic Intel processors, then added others. For me, the coolest is the integration of Paul Nankervis’s PDP-11 emulator. I can now run code from these machines from the 1970s in my browser (and they seem to be faster that I remember the originals to be). Nostalgia, baby!

Anyway, for my class I hacked Jeff Parson’s demo page to have an emulated VT100 side-by-side with a PDP-11. I added a textarea to the page where you could paste text, which then gets sent as if it were console input to the emulator. This brought back all kinds of memories, because the characters go via a simulated serial connection, and it runs slow. I had to add delays between each character to prevent buffer overrun.

(Oh, I said it emulated a VT-100. It does it by running an emulation of the microprocessor that was in the original terminal, and then using that to run the original firmware. That’s hard core.)