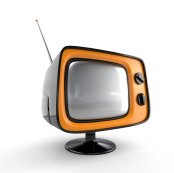 I’ve been teaching Ruby (and in particularly, metaprogramming Ruby) for almost 7 years now. And, in that time, I’ve gradually found ways of cutting through all the confusing stuff to the actual essentials. And when you do that, suddenly things get a lot simpler. I’ve always know that Ruby didn’t really have class methods and singleton methods, for example, but until recently I didn’t have a simple way to explain that.

Then, when preparing to give an Advanced Ruby Studio, my thinking crystalized. Metaprogramming in Ruby becomes simple to explain if you focus on four things:

Objects, not classes. There is only one kind of method call in Ruby. The “right-then-up” rule covers everything. Understanding that self can only be changed by a method call with a receiver or by a class or module definition makes it easy to keep track of what’s going on when metaprogramming. Knowing that Ruby keeps an internal concept of “the current class” which is where def defines its methods. Knowing what changes this makes it easier to know what’s going on.

I tried this approach in a number of Studios, and refined it during some talks for RubyFools in Copenhagen and Oslo.

So Mike Clark, who’s producing our new series of screencasts, started pushing me to put this description into video. Last week I finally cleared the decks enough to record the first three episodes.

First, I have to say it was a blast. I’d never recorded this many minutes of screencast before, and I was blown away by the amount of time it takes. I was also surprised at the level of detail involved, from microphone setup (which I messed up for a couple of segments) to color matching between codecs, it was fun to learn a whole new set of technologies.

I was also surprised at how hard it was to talk to a microphone. When we write books, we always try to write as if the reader was sitting there next to us. I tried to to the same approach with the screencasts, but it takes a whole new set of skills…

What I really liked was the way that I could live code examples to illustrate points. The first episode has maybe 50/50 code and exposition, and the second and third episodes are mostly code. And the code acts as a great skeleton on which to hang the concepts. Apple-R also keeps me honest.

So, if you’re interested in how the Ruby object model really works, and want to improve your metaprogramming chops, why not check them out?